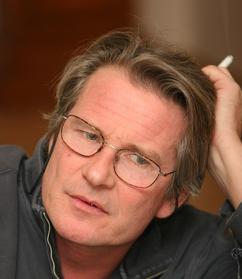 Laurence Simpson spent most of his working life in advertising, where he was known as ‘Loz’ and where he won numerous major awards in London, Cannes and New York.
He lives in Surrey with his wife, whose hobbies include blowing out nearside front tyres by mounting the kerb at speed, smashing headlamp units by driving into the backs of other peoples’ cars and, counter-productively, losing her car keys.
He has a mother in Melbourne, a stepmother in Sussex, a mother-in-law in Moscow, two children in Sydney and two children in London, in his relentless pursuit of the simple life.